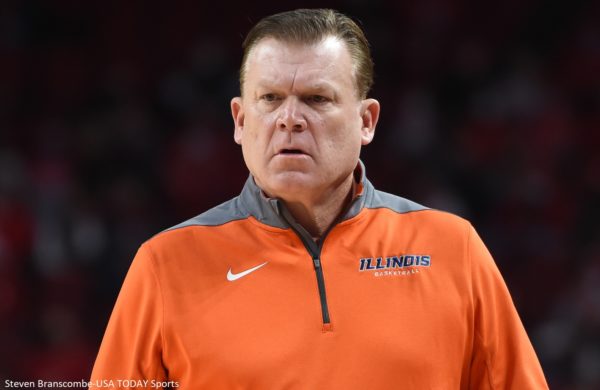 Brad Underwood knew that he needed the support of Illinois fans ahead of his team’s game against Michigan on Friday night. He also knew that having them a little boozy might help.

Underwood shared his request for Illini fans on Thursday, a day ahead of their game against the Wolverines. He politely asked the fans to enjoy “happy hour” before heading to the game

#Illini Nation: A PSA from Brad Underwood for the Michigan game:

"If they happen to go out for an early dinner and it happens to include happy hour,

Underwood was careful with the way he worded his request, but it doesn’t take much to figure out what he meant.

It’s hard to know whether the fans made the difference, but Illinois won 68-53. They’re now 13-3 and 6-0 in the Big Ten this season. They have also won six games in a row. Maybe the pregame Happy Hours are helping the Illini develop a home-court advantage.