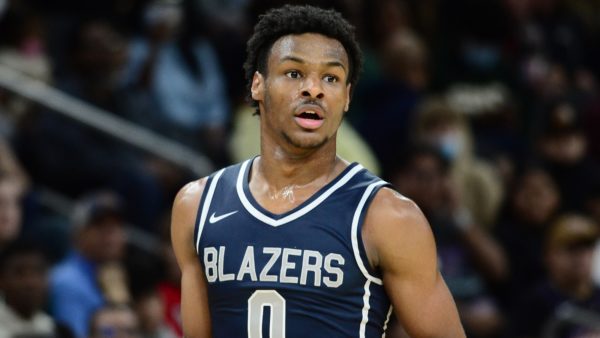 Bronny James is apparently a big fan of a player who has given his father a lot of headaches over the last couple of seasons.

Bronny, the senior guard for Sierra Canyon High School, faced off against Christ the King High School in an ESPN-televised showcase this week. On the broadcast, a bio of Bronny aired that revealed something unexpected. Bronny, who wears the No. 0 jersey, does so in honor of Russell Westbrook.

The 18-year-old Bronny has stated in the past that Westbrook is one of his favorite players. The two also had a memorable moment during NBA All-Star Game festivities in 2018.

Bronny probably grew up watching Westbrook at his peak, including Westbrook’s NBA Finals run with the Oklahoma City Thunder in 2012 as well as his MVP and scoring title-winning season with the Thunder in 2017. But interestingly enough, Westbrook is now teammates on the Lakers with Bronny’s father, LeBron James (which has been a much less successful era).

The Lakers have gone a rancid 44-65 (.404) over two seasons of the James-Westbrook partnership, and there have been signs that the two don’t always get along. Regardless, it seems Bronny will always have love for Westbrook.