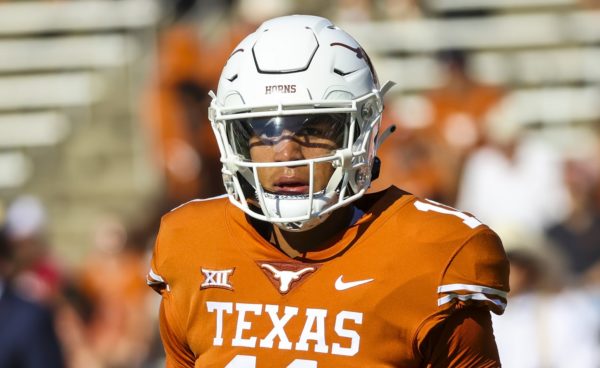 Texas quarterback Casey Thompson will not have to go too far in the grand scheme of things after making his transfer decision.

Thompson announced Friday on Twitter that he will transfer to Nebraska for the 2022 season.

“Always got an ace up my sleeve for whatever was dealt.”

Bet on yourself. Nebraska, let’s get it. #WhyNot #GBR pic.twitter.com/Ko0FHqhue2

Thompson had visited Nebraska earlier in the week and the decision came together quickly. The Cornhuskers had a starting job available after Adrian Martinez departed for Kansas State.

Thompson played in 12 games for the Longhorns last season, throwing 24 touchdown passes to nine interceptions. He had considered a transfer in the past, but it became inevitable he failed to convince Steve Sarkisian that he was the answer for the Longhorns. That became even clearer when a top transfer quarterback opted to join Texas.