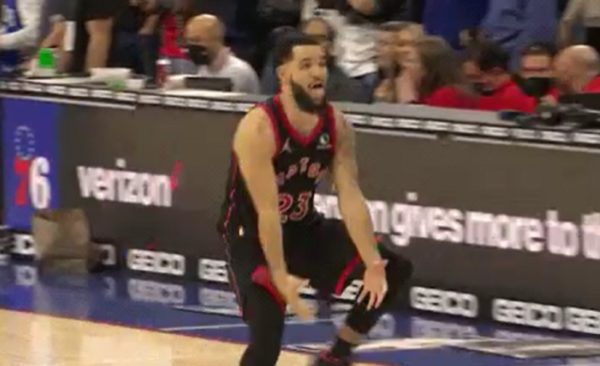 Fred VanVleet has been fined by the NBA for doing an “obscene gesture” on Thursday night.

VanVleet scored 32 points in Toronto’s 115-109 win over the Philadelphia 76ers. The Raptors guard made a big 3-pointer to make it a two-possession game in the final minute and celebrated by doing the “big balls dance.”

The big balls dance is a big no-no in the eyes of the NBA, which is why VanVleet was fined $15,000 for doing it.

That’s chump change for someone making just under $20 million this season. VanVleet is probably more than happy to trade $15,000 for making big shots in close games like that one.