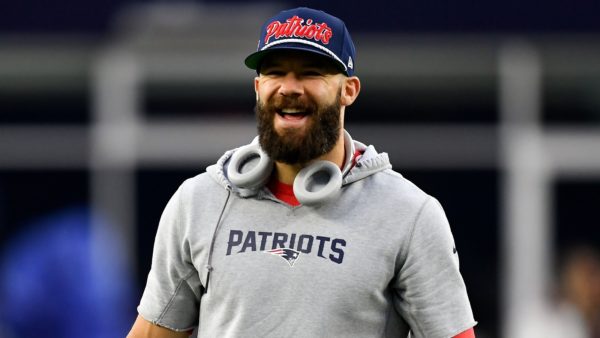 Mac Jones has been visibly frustrated with the New England Patriots’ coaching staff on multiple occasions this season, and one franchise legend clearly thinks the body language has been a bad look.

Julian Edelman, who works as an analyst on Showtime’s “Inside the NFL,” had some harsh commentary about Jones during the latest episode of the show. The former Patriots wide receiver first criticized Jones for failing to tackle Chandler Jones on New England’s disastrous final play against the Las Vegas Raiders. Chandler Jones intercepted an inexplicable lateral from Jakobi Meyers on the play, and the Raiders defense end trampled right over Mac on his way to a game-winning touchdown.

“Season’s on the line, you gotta trip him!” Edelman said, per WEEI’s Nick Stevens.

Edelman’s co-host Brandon Marshall then defended Jones and said the quarterback never practices tackling. Edelman responded with an even harsher shot at Jones, saying the former Alabama star is pretty good at whining despite not practicing that.

Of all the things that were wrong with the Patriots’ inexcusable blunder, Jones not making the tackle was near the bottom of the list. Obviously, Edelman was not the biggest fan of Jones to begin with.

New England’s offense has been a disaster under Matt Patricia this season. Everyone knows that, but Edelman is not the only one who feels Jones has gone too far with the way he has tried to show up the coaching staff.