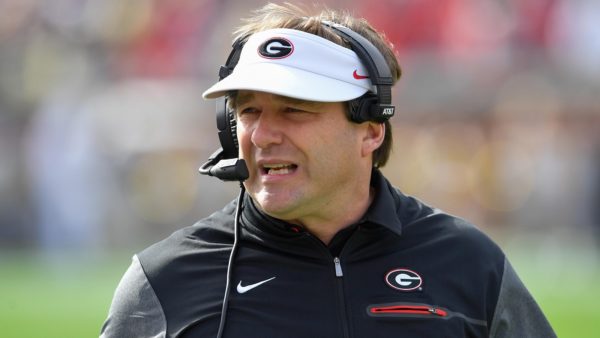 The Georgia Bulldogs have signed a quarterback every year Kirby Smart has been the team’s head coach, but that streak ended this year.

The Bulldogs did not sign any quarterbacks, and did not make a real effort to after missing out on Arch Manning earlier in the recruiting cycle. That did not cause Smart much worry, as he cited one major factor that is apparently informing the program’s thinking.

“I think it’s irrelevant in today’s day and age. The portal is full of them,” Smart said, via Connor Riley of Dawg Nation. “There’s going to be multiple guys in every year. You want to do the best job you can to get the best quarterback you can.”

It is a bit of a gamble, but a calculated one. Georgia would be in play for pretty much any quarterback in the portal if they decided they wanted one. Smart is right that there are always going to be some available, and while that is a problem for lesser schools, it is an advantage for the Bulldogs. Plus, it is not as if the school has not stocked up on talent in previous windows. Carson Beck is highly-rated, as is five-star recruit Brock Vandagriff.

At the very least, Georgia can develop quarterbacks. Stetson Bennett was initially a walk-on, after all, and he turned into a starter for a national champion.

The post Kirby Smart explains why Georgia did not sign QB for 2023 appeared first on Larry Brown Sports.