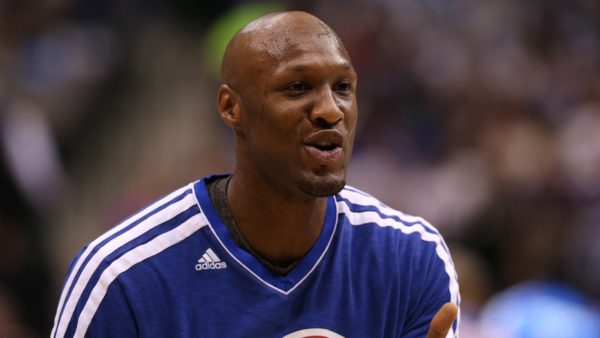 Lamar Odom has his oven mitts on and is bringing out his hot takes.

In a recent appearance on “The LADE Show,” the retired ex-Los Angeles Lakers forward offered his thoughts on how the team might be able to get back to title contention. Odom suggested that the Lakers should [gasp] trade away LeBron James.

“If you trade LeBron, you’re doing more than rebuilding,” said Odom. “If you did, you’re probably putting yourself right back into contention. You can get half a team. You’re picking two or three players that [have] been playing together already.”

Odom, who played for the Lakers from 2004 to 2011 and won two titles with them, did go on to acknowledge James’ greatness though and said that he calls him “God James.”

To be clear, it is hard to see how any move with their current state of affairs would get the Lakers back into championship contention. They are 3-10 on the season and have a roster festering with negative trade assets. But James will always be able to fetch a premium in a trade, just by virtue of who he is.

Now you could also make the argument that James’ trade value is actually lower than it has ever been. He turns 38 next month, is beginning to show signs of decline, and is owed $44.5 million this season, $46.9 million next season, and a whopping $50.7 million in 2024-25 (if he picks up his player option). The Lakers also seem to value the prestige of having James in the purple and gold, especially with the very likely possibility of him breaking Kareem Abdul-Jabbar’s all-time scoring record in a Lakers uniform.

At this point, the Lakers might be better served by, if anything, selling off Anthony Davis and/or some of their younger guys like Austin Reaves and Max Christie. We recently got an indication of their willingness to do so.

The post Lamar Odom suggests Lakers should do something drastic with LeBron James appeared first on Larry Brown Sports.