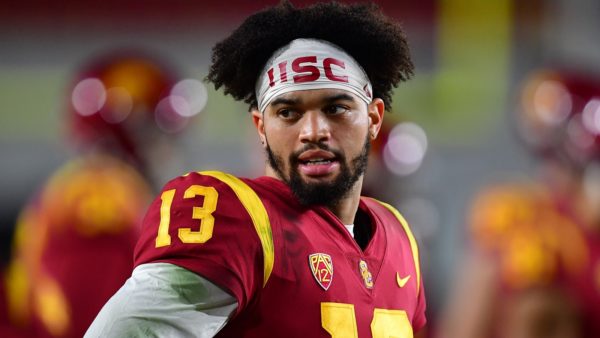 “He popped his hamstring on the long run that was on a second or third drive of the game,” Riley said, via Brad Crawford of 247 Sports. “I asked him at one point, are you 50%? He was not even close to 50%. I definitely thought about taking him out. He wouldn’t have let me, and he didn’t let me. He wouldn’t even let me take him out at the end.”

Williams played the whole game despite the injury. His performance was markedly worse after the team’s first two drives, though he still wound up going 28/41 for 363 yards, three touchdowns, and an interception.

In addition to the hamstring issue, Williams was pretty beaten up in other ways. The fact that he managed to finish the game anyway is pretty remarkable, even in a losing effort.