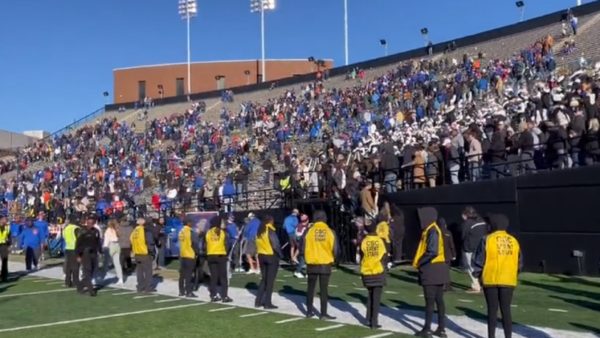 Vanderbilt pulled off a big win on Saturday, but they were mocked for their “celebration.”

The Commodores beat Florida 31-24 for their second straight win over a conference opponent.

After the game, Florida Gators reporter Nick de la Torre captured video of Vandy fans slowly filing out of the stands at FirstBank Stadium in Nashville, Tenn. and onto the field.

Possibly the slowest rushing of the field ever pic.twitter.com/La0nbgQxST

As some said on Twitter, that looked like a bunch of elementary school kids getting off a school bus for a class field trip.

Compare that to how Tennessee fans celebrated their win over Alabama. Vols fans might have to show them how it’s done next weekend when the two schools meet.

The post Vanderbilt mocked over slowest ‘rushing the field’ ever appeared first on Larry Brown Sports.