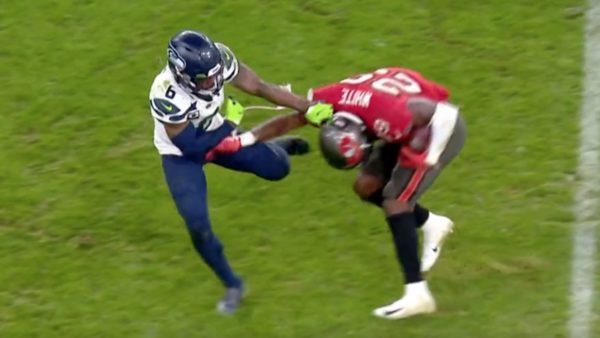 Tampa Bay Buccaneers rookie Rachaad White has been trying to make a case for more playing time in recent weeks, and the running back had his strongest statement of the season on Sunday.

White was heavily involved in the Bucs’ offensive game plan. The former Arizona State star showed off his burst on several solid runs, one of which featured a ferocious stiffarm. Seattle Seahawks defensive back Quandre Diggs tried to tackle White in the open field and was tossed like a rag doll. Check it out:

White is known most for his shifty running and pass-catching ability, but that play proved he also has plenty of strength. We haven’t seen a stiffarm like that since Josh Allen tossed a defender earlier in the year (video here).

Leonard Fournette has been a workhorse for the Bucs for most of the season, but he entered Sunday’s game averaging just 3.3 yards per carry. He also left in the second half with a hip injury. We could see plenty more of White going forward.